Colonel Samuel Osgood was the first president of the City Bank of New York, when it was founded in 1812. City Bank served as a founding member of the financial clearing house in New York. A group of influential banks, along with City Bank, helped finance the Union Army during the Civil War with a whopping $50 million gold loan.

In 1897, the first foreign exchange department for any U.S. bank was opened by City Bank, with whom the US Treasury Department deposited $5 million to be credited towards acquiring the Philippines from Spain. By 1915, City Bank had purchased controlling interest in International Banking Corporation, expanding the bank’s assets and international reach.

Charles Mitchel became president of City Bank in 1921, a position he maintained until 1933. Unfortunately, the policies pursued by City Bank (selling stocks at inflated prices,) under Mitchell’s leadership are now considered to be one of the prime causes of the stock market crash in 1929, leading to the Great Depression.

By 1933, Mitchell was being investigated for the loss of millions of dollars as well as tax avoidance. This investigation led to Mitchell resigning from his position. The bank struggled for two decades, before James Rockefeller was elected president in 1952. Rockefeller served until 1967.

City Bank went on to introduce the “Everything Card” in 1967, which could only be used in New York. In 1968 the bank restructured as First National City Corporation (Citicorp” for short)—which carried the nickname of “Citibank”.

By 1969, the bank determined the Everything Card was simply too costly, so they joined Master Charge (now known as MasterCard). In 1974, the bank launched the Citicard to allow its customers to cash personal checks and manage their accounts at any of their 230 branches. Citibank also launched Automatic Teller Machines (ATMs) in 1977 which allowed consumers to retrieve their basic account information with no bank teller involved.

By 1994, Citibank had become the world’s largest credit card issuer, including private-label credit cards for retail outlets and department.

Market conditions began to deteriorate by late 2007 as the nation faced financial crisis and falling home prices. In turn, many people were forced to default on their mortgages. This lead to subsequent drops in the value of mortgage-backed securities, severely weakening many financial institutions.

Due to these losses and the collapse of the Lehman Brothers, the US government agreed to bailout major banks (including Citigroup) to help avert a recession. With a bailout, the government basically buys an equity stake in a company in an effort to bolster consumer confidence.

By 2010, Citibank - unlike some of the other banks who accepted a government bailout - had repaid the Treasury in full, including interest.

CitiBank has various Citi MasterCard and Visa credit cards to choose from, such as rewards cards, balance transfer offers, business credit cards, and student cards. With a Citi Card, you will benefit by getting great low rates, no annual fee, $0 Liability on unauthorized charges, and free online services (so that you can see your current balance and unbilled activity, review past statements, pay your credit card bill, or all your bills).

Citibank cards also support Samsung Pay, Google Pay, and Apple Pay. To find the Citi Mastercard that is right for you, please visit CitiCards.com where you can compare interest rates and benefits.

Please Note: Information about these cards has been collected independently by CreditSourceOnline. The issuer did not provide the details, nor is it responsible for their accuracy. 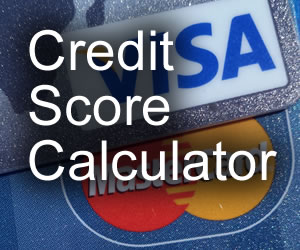 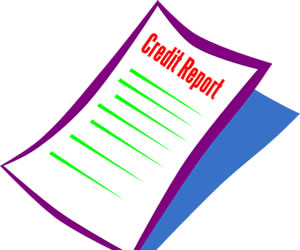